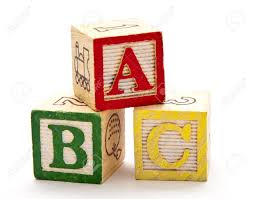 Little did I know that not once, but twice I would be locked in my own basement. Our basement is not a lovely place to be locked up. It is basically the catch all space for our stuff that doesn’t have a home upstairs. A large area for us to do laundry, is its only redeeming factor.

On January 31st,, 2017, the day I was locked in the basement the first time, I wrote the following on my MOPS (Mothers of Preshoolers) Facebook page:

Hello Ladies, Oh, my goodness. My youngest daughter, “Rosy” has been very defiant all day. Just now I went into our basement and left her alone in the living room, for a minute, to put dirty rags in the washer. I had a fleeting thought, while zipping down the stairs, “what if she locks me in here…” She did – ack! It sounds funny now, but it wasn’t then. I remained calm and said, “Unlock the door.” She said “No”. I thought it best not to talk to her much, and I tried to unlock the door with a paper clip. It didn’t work. I asked her repeatedly, “Open the door.” Again and again she said, “No.” Then she asked “What are you doing?” I said nothing. Then I replied, “Waiting for you to open the door”, to no avail. I tried to take the door knob off with a screwdriver. As I quietly worked, Rosy asked, “What are you doing?” I said, “Please open the door.” She finally did and I calmly put her in her room, for a 5-minute time out. I’m exhausted.

The second time I got locked in the basement Rosy locked us both in the basement. I don’t think she realized the gravity of the situation. The only other person home was my eldest daughter, “Daisy”. Rosy and I yelled, “Help, Help” but Daisy didn’t hear us. She was in the shower, with the fan on. We banged on the door for a while hoping she would hear us. Alas, she did not. I used a paperclip to try opening the door. That didn’t work. I told Rosy, “You shouldn’t have locked the door.” She shrugged. “What are you going to do?” she asked.” I said in an exasperated tone, “I don’t know.”

Next, we left through the sliding glass door of our walk-out-basement, through the back yard and around to the front of the house. We knocked repeatedly and loudly on the front door and yelled for my Daisy. In the back of my mind I thought, “This is not going to work. We taught her not to answer the door, unless we are expecting someone.” Daisy told me later that she thought we might have been intruders. Frustrated, Rosy and I retreated back into the basement.

After she made herself presentable, she came down and unlocked the door. Bye, bye basement. We were finally free. Now we have a new door knob that doesn’t lock and life is good.